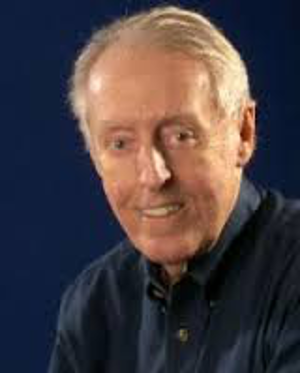 Join us on Monday, April 13th as we welcome renowned historian and writer Thomas Fleming as he presents his new book “The Great Divide: the Conflict Between Washington and Jefferson that Defined a Nation.”

The book discusses how Jefferson disagreed violently with Washington’s approach to the presidency. He took particular issue with Washington’s view of the French Revolution, which Jefferson endorsed no matter how violent and amoral it became. In this context, Washington’s Farewell Address can be read as a rebuke to Jefferson and his followers.

Thomas Fleming is an historian and historical novelist, with a special interest in the American Revolution. He was born in 1927 in Jersey City, New Jersey, the son of a World War I hero who was a leader in Jersey City politics for three decades. Before her marriage, his mother, Katherine Dolan Fleming, was a teacher in the Jersey City Public School System.

After graduating from St. Peter’s Preparatory School in Jersey City, Fleming spent a year in the United States Navy. He received a Bachelor’s degree, with honors, from Fordham University in 1950. After brief stints as a newspaperman and magazine editor, he became a full-time writer in 1960. His first history book, Now We Are Enemies, an account of the Battle of Bunker Hill, was published that same year. It was an instant success, reviewed in more than 75 newspapers and featured as a main selection of the Literary Guild.

Since then, Fleming has published numerous books about events and figures of the Revolutionary era. He has also written about other periods of American history, and has published more than twenty novels, including several best-sellers, set against various historical backgrounds.

Tom has published Now We Are Enemies (1960)— the battle of Bunker Hill from both sides of the firing line, Beat The Last Drum (1963) — a panoramic account of the siege of Yorktown, the victory that won the Revolution, The Man From Monticello: An Intimate Biography of Thomas Jefferson (1969),   The Man Who Dared The Lightning (1971) — a biography of Benjamin Franklin, The Forgotten Victory (1974) — the story of the 1780 battle of Springfield, N.J.- a clash that could have ended the Revolutionary War in Britain’s favor, The First Stroke (1978) — the battles of Lexington and Concord, written for the National Park Service, Downright Fighting (1988)— the battle of Cowpens, written for the National Park Service,  Liberty! The American Revolution (1997) — the companion volume to the award-winning PBS television show of the same title, and Duel: Alexander Hamilton, Aaron Burr and the Future of America (1999) among the many, many books he has published

A frequent guest on C-Span, PBS, A&E and the History Channel, Fleming was a consultant and commentator on the PBS series, The Irish in America: Long Journey Home, and wrote the companion volume to another PBS series, Liberty: The American Revolution. He contributes articles to such magazines as American Heritage, Military History, History Today, and MHQ, the Quarterly Journal of Military History. He has served as president of the Society of American Historians and the PEN American Center. He also spent ten years as chairman of the New York American Revolution Round Table and is an Honorary Member of the New York State Society of the Cincinnati. Fleming lives in New York with his wife Alice, a distinguished writer of books for young people. The couple has four children and seven grandchildren.