The Paoli Battlefield Preservation Fund is dedicated to protecting, preserving and promoting the historical significance of the Paoli Battlefield through the funding and development of educational programs and conservation activities including historical tours, reenactments, research, publications, lectures/workshops and restoration of the property to its indigenous state.

About the Preservation Fund

The Paoli Battlefield Preservation Fund(PBPF) sponsors this web site. It is one of three entities (along with the Borough of Malvern and the Paoli Memorial Association) that jointly own and manage the Paoli Battlefield, site of the “Paoli Massacre” and listed on the National Register of Historic Places. It was incorporated in 1998 as a Pennsylvania Non-Profit Corporation and has been granted tax-exempt status under Internal Revenue Code Section 501(c)(3). It was created to prevent the pristine battle site of over 40 acres from suburban development.PBPF led a well-publicized national campaign that rallied historians, local, state and federal officials, school children and patriotic Americans. The result was recognition on the National Register of Historic Places in 1997, significant private donations and a special “Patriot Act” passed by Congress that helped fund both Paoli and Brandywine Battlefields. The property was successfully purchased from the prestigious Malvern Preparatory School that sacrificed significant profits for a greater commitment to our national heritage. PBPF then deeded the property to the Borough of Malvern and acts as its exclusive agent to develop, use, occupy and control the Battlefield.

The Paoli Battlefield Preservation Fund is operated by a volunteer Board of Directors and relies on volunteer membership, tax-exempt donations and educational and historic grants to meet its mission.

If you would like for a representative of the Paoli Battlefield Preservation Fund to speak at your event or round table, please let us know so we can prepare our presentation. 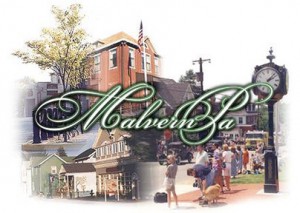 The Borough of Malvern was incorporated in 1889 from Willistown Township and is part of Chester County, one of the three original counties in Pennsylvania established by William Penn. It is governed by an elected Borough Council and Mayor and has its own police department. As the owner of the Battlefield site, it has the ultimate responsibility for its preservation and maintenance.

The Paoli Memorial Association is a privately held non-profit organization that is separate from the PBPF or the Borough of Malvern. Its 20+ acres includes a Parade Ground with many commemorative monuments as well as the mass grave of 53 Continental soldiers killed in the Battle of Paoli and site of an 1817 obelisk, recognized as the second oldest memorial to American soldiers in the United States. Part of the Paoli Battlefield National Historic Place, portions are used for other community purposes, including athletic fields, playgrounds and a log cabin for Boy Scout activities.