The Battle of Paoli 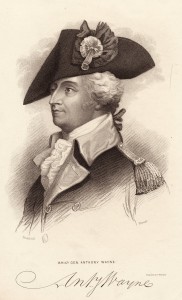 The Battle of Paoli, also called the “Paoli Massacre,” was a vicious battle that occurred during the American Revolution. It was fought at midnight on September 20-21, 1777. Although the battlefield is located in the present-day Borough of Malvern, it received the name due to its proximity to the Paoli Tavern, a well-known landmark in 1777.

This 44-acre historic site was preserved in 1999 through the cooperative efforts of schoolchildren, local citizens, community leaders, historical organizations, county, state, and national government leaders and agencies. The Battlefield was dedicated on September 21, 2002, the 225th anniversary of the battle, and has been preserved in its unchanged original form: woodland and farm fields.

Efforts to commemorate the battle and preserve the grave of those who died have a long history. In 1817, on the 40th anniversary of the attack, a monument was placed on the grave and a stone wall was constructed to protect it. This monument is the second oldest Revolutionary War battle monument (the Lexington Monument was dedicated on July 4, 1799). Adjacent land, eventually amounting to 22 acres, was acquired to serve as a drill field and parade ground for Chester and Delaware County militia in the 19th century. Encampments and parades commemorating the battle were held regularly for many years. 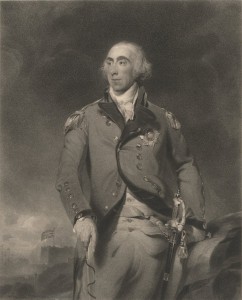 At the Centennial of the battle in 1877, a new granite obelisk was erected, and a decorative iron fence replaced the original stone wall around the grave. In 1897, the parade grounds were placed under the care of the Paoli Memorial Association, who have maintained it as a public park ever since. The Borough of Malvern grew up around the grounds and covered much of the original battlefield. In 1996, Malvern Preparatory School, which owned the remaining 44 acres of woods and cornfields, decided to sell the property. The Paoli Battlefield Preservation Fund was created to purchase the site, mark it with appropriate maps and explanatory plaques, and open it to the public. The battlefield extends from Warren Avenue on the east to Wayne Avenue and the Paoli Memorial Grounds on the west.