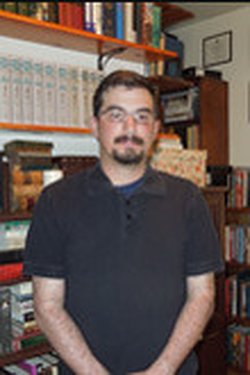 Did a messenger relay a bad intelligence or did he lie when he told General Sullivan about seeing no enemy on the road to the ford which the British Crossed the Brandywine Creek?  Find out which foreign commander lead Sullivan’s troops in a long march that could have prevented the disaster at Birmingham Hill.  The bitter fighting on Birmingham Hill drove the Americans from the field, but their heroic defensive stand saved Washington’s army from destruction and proved that the nascent Continental foot soldiers could stand toe-to-toe with their foe.  Learn new facts about the Battle of Brandywine and the impact that battle had on America on Monday, October 12th as author Michael Harris presents his book Brandywine: A Military History of the Battle that Lost Philadelphia but Saved America, September 11, 1777.

Michael did 7 years of research as park ranger at the Brandywine Battlefield.  He spent 9 years writing and compiling all of this research into this book. 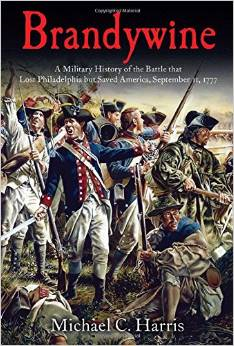 In his book Michael Harris exposes a lot of long held myths about the Battle of Brandywine and why the American’s lost this battle and who really should shoulder the blame.  Michael will detail about the common myths of Squire Chaney’s ride, the first battle with the “Betsy Ross” flag, Casmir Pulaski’s famous charge, Reverend Trout’s famous sermon, Washington’s ride to the endangered flank, and other myths that persist to this day of the biggest land battle of the Revolutionary War.
Michael C. Harris is a graduate of the University of Mary Washington and the American Military University. He has worked for the National Park Service in Fredericksburg, Virginia, Fort Mott State Park in New Jersey, and the Pennsylvania Historical and Museum Commission at Brandywine Battlefield. He has conducted tours and staff rides of many east coast battlefields. Michael is certified in secondary education and currently teaches in the Philadelphia region. He lives in Pennsylvania with his wife Michelle and son Nathanael.
Michael is available to speak to your group or organization and he offers guided tours of the Brandywine Battlefield. Contact him directly for details: mharris28thpa@gmail.com.  Please visit his website at https://revwarramblings.wordpress.com
1777American Revolutionary WarBattle of BrandywineBirmingham HillBorough of MalvernBrandywine BattlefieldBrandywine: A Military History of the Battle that Lost Philadelphia but Saved AmericaCasmir PulaskiGeneral WarrenLecture SeriesMichael HarrisPaoli BattlefieldPaoli Battlefield Historical ParkPaoli Battlefield Preservation FundPhiladelphia Campaign of 1777Reverend TroutRevolutionary WarSeptember 11Squire Chaney