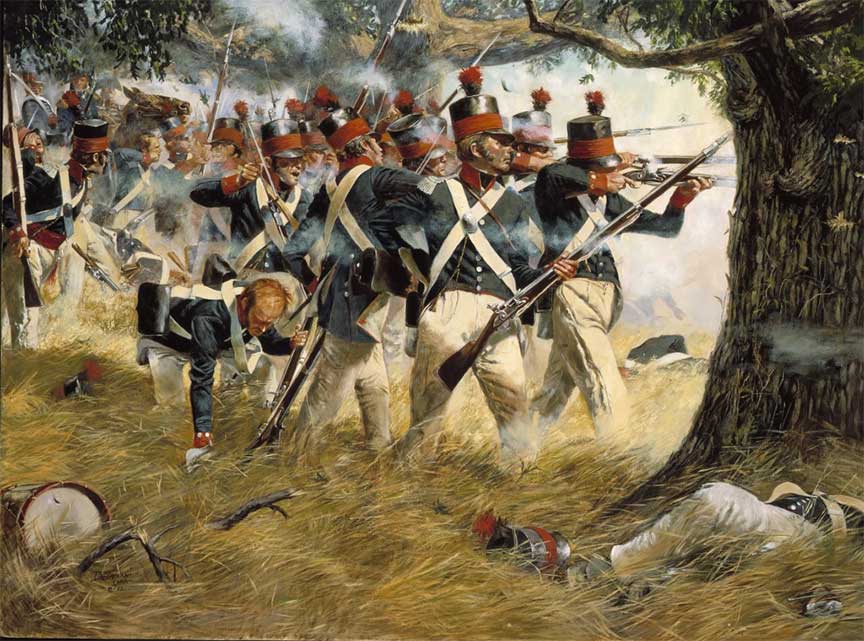 Join us on Monday, November 12th, 2018 for a Revolutionary Lecture Series

Historian Christopher T. George describes the crucial role played by Pennsylvania and Western Maryland troops in supporting Baltimore militiamen in facing down and dealing a significant blow to the British at the Battle of North Point, on September 12, 1814. The British intended to sack Baltimore the same way they had Washington, D.C., three weeks earlier, infamously burning the White House and the U.S. Capitol.

Join us on Monday, November 12th as we welcome Christopher T. George as he talks about Western Maryland and Pennsylvania Troops in Defense of Baltimore in the War of 1812.

Although the 3,200 troops under Brigadier General John Stricker—Frederick, Maryland-born son of a Swiss mother and German father and a Revolutionary War veteran—are characterized as the “City [i.e., Baltimore City] Brigade” the Baltimoreans were reinforced by units from southern Pennsylvania along with Western Maryland militiamen from Washington and Frederick Counties, Maryland. The battle led to the mortal wounding of British commander Major General Robert Ross before the main engagement and ensured that “Our Flag Was Still There” as the lyrics of the “Star-Spangled Banner” tell us.

Christopher T. George is a British-born independent historian resident in Newark, Delaware, and Baltimore. He is the author of Terror on the Chesapeake: The War of 1812 on the Bay and co-author, with John McCavitt, of The Man Who Captured Washington: Major General Ross and the War of 1812. Now a U.S. citizen, Chris admits to divided loyalties about the War of 1812. In addition to giving talks on the War of 1812, Chris gives talks on the American Revolution, Jack the Ripper, and the mysterious death of Edgar Allan Poe in Baltimore in early October 1849.