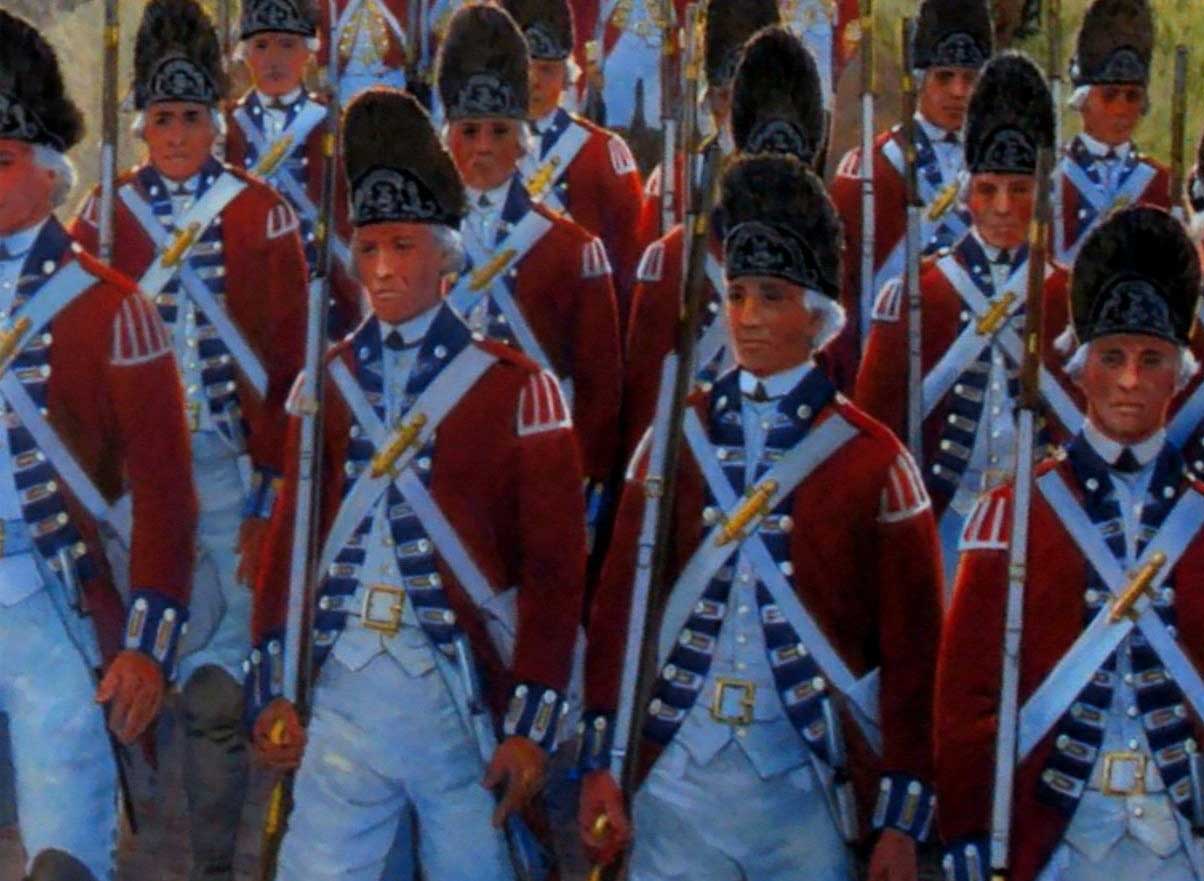 Join us on Monday, October 8th, 2018 for a Revolutionary Lecture Series

After two years of defeats and reverses, 1778 had been a year of success for George Washington and the Continental Army. France had entered the war as the ally of the United States, the British had evacuated Philadelphia, and the redcoats had been fought to a standstill at the Battle of Monmouth. While the combined French-American effort to capture Newport was unsuccessful, it lead to intelligence from British-held New York that indicated a massive troop movement was imminent.

Join us on Monday, October 8 as we welcome Todd W. Braisted as he talks about his book “Grand Forage 1778: The Battleground Around New York City”.

British officers were selling their horses and laying in supplies for their men. Scores of empty naval transports were arriving in the city. British commissioners from London were offering peace, granting a redress of every grievance expressed in 1775. Spies repeatedly reported conversations of officers talking of leaving. To George Washington, and many others, it appeared the British would evacuate New York City, and the Revolutionary War might be nearing a successful conclusion. Then, on September 23, 1778, six thousand British troops erupted into neighboring Bergen County, New Jersey, followed the next day by three thousand others surging northward into Westchester County, New York. Washington now faced a British Army stronger than Burgoyne’s at Saratoga the previous year. What, in the face of all intelligence to the contrary, had changed with the British?  Through period letters, reports, newspapers, journals, pension applications, and other manuscripts from archives in the United States, Canada, United Kingdom, and Germany, the complete picture of Britain’s last great push around New York City can now be told. The strategic situation of Britain’s tenuous hold in America is intermixed with the tactical views of the soldiers in the field and the local inhabitants, who only saw events through their narrow vantage points. This is the first publication to properly narrate the events of this period as one campaign. Grand Forage 1778: The Battleground Around New York Cityby historian Todd W. Braisted explores the battles, skirmishes, and maneuvers that left George Washington and Sir Henry Clinton playing a deadly game of chess in the lower Hudson Valley as a prelude to the British invasion of the Southern colonies.

Todd Braisted is a life-long resident of Bergen County, New Jersey. An acknowledged expert in the field of Loyalist studies and local Revolutionary War History, he serves as Honorary Vice President of the United Empire Loyalist Association of Canada and a past president of the Bergen County Historical Society. He is likewise a Fellow in the Company of Military Historians and has served as chairman of their West Point Chapter. Todd’s studies have taken him across the United States, Canada and the United Kingdom researching the American Revolution. Using mostly little known or obscure primary research, his work is known for bringing new information to light, and heavily relying on the people of their time telling their stories in their own words. This is heavily reflected in his latest work, “Bergen County Voices from the American Revolution” (History Press, 2012.) In addition to books and journal articles, Todd lectures frequently across North America and appears as a guest historian on such shows as “Who Do You Think You Are” and “History Detectives.” Todd currently lives in Mahwah, New Jersey, with his wife Susan.