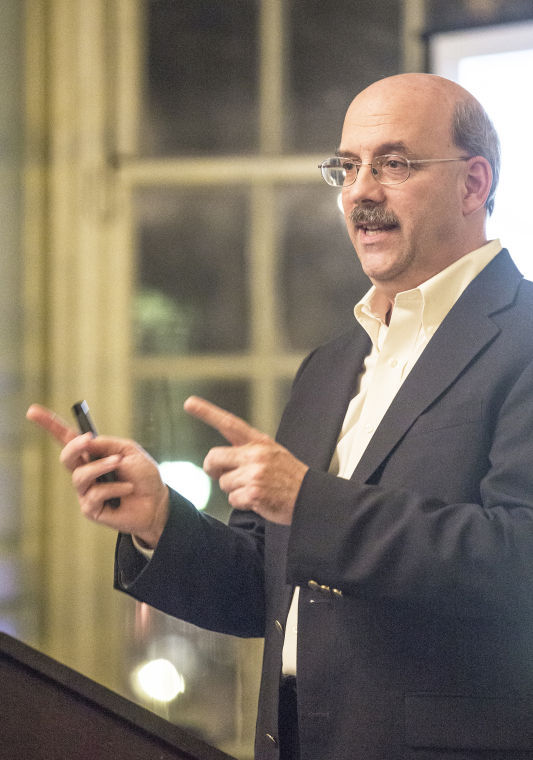 Raids have a very low success rate, yet two raids in particular manage to capture major generals of each side during the American Revolutionary War.  Join us on Monday, March 14th as we welcome back author Christian M. McBurney as he relates the full story of each of these remarkable raids, the subsequent exchange of the two generals, and the impact of these kidnappings on the Revolutionary War. He will also follow the subsequent careers of the major players, including Lee, Barton, Prescott, and Tarleton, and talk about other attempts to kidnap high-ranking military officers and government officials during the war, including ones organized by and against George Washington, in his book Kidnapping the Enemy: The Special Operations to Capture Generals Charles Lee and Richard Prescott.

On the night of December 12, 1776, while on a reconnaissance mission in New Jersey, Lieutenant Colonel William Harcourt and Cornet Banastre Tarleton of the British dragoons learned from Loyalist informers that Major General Charles Lee, the second-in-command in the Continental army behind only George Washington, was staying at a tavern at nearby Basking Ridge. Gaining valuable information as they rode, by threatening captured American soldiers with death if Lee’s whereabouts was not revealed, Harcourt and Tarleton, surrounded the tavern, and after a short but violent struggle, captured him. The dragoons returned through a hostile country by a different route, arriving safely at their British post at New Brunswick with their quarry in hand. With Lee’s capture, the British were confident the rebellion would soon be over.
Stung by Lee’s kidnapping, the Americans decided to respond with their own special operation, perhaps the most outstanding one of the war. On the dark night of July 10, 1777, Lieutenant Colonel William Barton led a handpicked party in whaleboats across Narragansett Bay—carefully avoiding British navy ships—to Newport, Rhode Island. Although the town was occupied by more than 3,000 enemy soldiers, after landing Barton led his men up a hidden path and stealthily hurried to a farmhouse where General Richard Prescott had taken to spending nights. Surrounding the house, they forced open the doors and seized the sleeping Prescott, as well as his aidede- camp and a sentry, and then quickly returned to their waiting boats. Despite British artillerymen firing rockets and cannon to alert the British vessels in the bay, the bold band of Americans reached the mainland safely. Not only had Barton kidnapped a British major general who could be exchanged for Lee, he had removed from action a man who had gained a reputation for his harsh treatment of American Patriots.
­

Christian McBurney was raised in Kingston, Rhode Island in a home built in 1809.  In high school, he wrote a book on the history of Kingston, which was not a bad effort for a teenager!  He graduated from South Kingstown High School in 1977 and from Brown University in 1981. At Brown, he wrote a 300-page undergraduate history thesis on colonial South Kingstown planter society.  After graduating from New York University School of Law in 1985, he embarked on a career as an attorney.  Currently, he is a partner with the law firm of Nixon Peabody LLP in its Washington, D.C. office focusing on business tax law.  He lives with my wife, Margaret, in Kensington, Maryland, where they raised three wonderful children, Ryan, Kyle and Victoria.  He has renewed interest in history writing by writing the adult version of the history of Kingston, which was published in 2004.  Christian’s other books include: A History of Kingston, R.I. 1700-1900, Jailed for Preaching, The Rhode Island Campaign, and Spies in Revolutionary Rhode Island. To learn more about the author please visit his website at http://christianmcburney.com/.