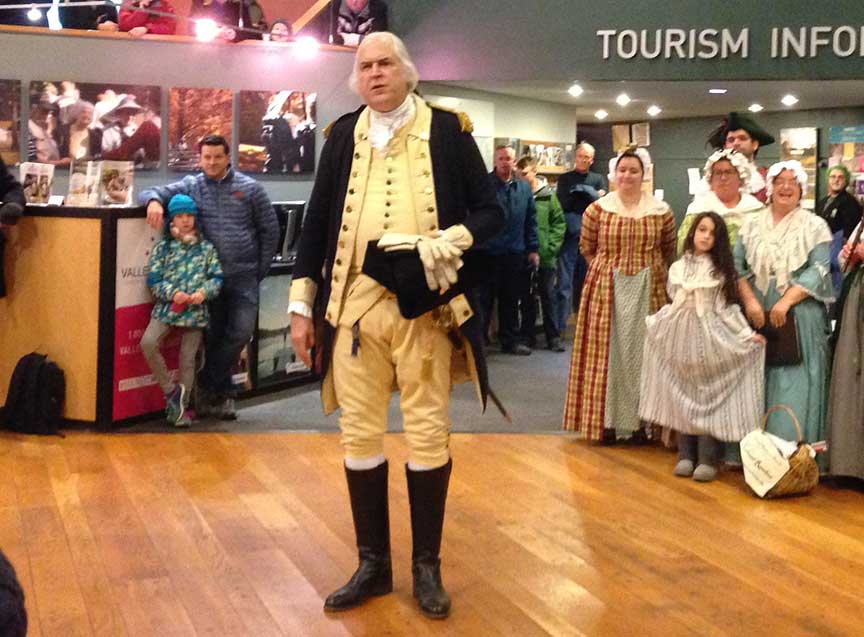 An Evening With His Excellency: George Washington

Join us on Monday, June 10, 2019 for a Revolutionary Lecture Series

The proper term for what Malissa does — dressing as Washington and speaking as him and essentially being him — is historical interpretive acting. Malissa has spent years studying the founding father and first president of the country to help people across the world gain access to the pivotal period of history when the United States of America was founded.

At Mount Vernon, George Washington’s estate and garden, I am the official portrayer of General Washington. I’m there 50 to 70 times a year. I’m an independent contractor, but I’m their only guy for Washington. The other characters who appear at Mount Vernon are actually employees of Mount Vernon. I think Mount Vernon made a choice years ago, even before my time, that it didn’t want to be like Disney World where George Washington is there every day at 10 and noon and 2 and 4. Mount Vernon has Washington there for a lot of public events during the year and then a lot of private events. My work at Mount Vernon runs the gambit from coming out at the end of gala for five minutes of work to lead a toast, all the way to spending the entirety of the day with the public, speaking as Washington, telling stories about the formation of the country or about “my life.”

To dispel some of the biggest misconceptions about George Washington, I say, He never chopped down the cherry tree. He never threw a dollar across the Potomac River. He didn’t wear a wig. He didn’t routinely ride a white horse. He believed deeply in divine providence, but he was not a particularly prayerful man from a practicing standpoint. There’s also a wide belief in some corners that Washington was this uber mason. He wasn’t. He supported and believed in the Masonic movement, but he was a fairly inactive mason. He was pretty busy and didn’t have time to do a lot of stuff. And did I mention he did not have wooden teeth? He had dentures, but he didn’t have wooden teeth. They were made out of animal bones primarily.

For more information on Dean, please read this article from Philly Magazine