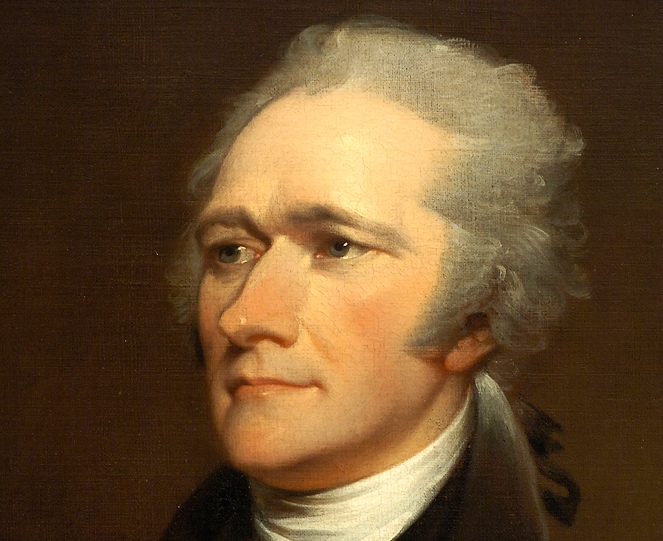 How did an orphan boy from the Caribbean become one of our founding fathers?  What lead him to be a soldier and fight with George Washington?  Learn about his falling out with General Washington, but also his devotion to duty.  Join us on Monday, October 10th as we welcome back our friend Gene Pisasale  as he presents Alexander Hamilton.  Gene will present the lecture dressed in full Continental Army officer’s uniform as a “Living Biographer” of Colonel Alexander Hamilton.  Learn how Hamilton came from humble beginnings, emigrated to America, and became a patriot.  See how he impacted the American Revolutionary War, the Constitution of the United States, and developing our economic system as our first Secretary of the Treasury.

Alexander Hamilton (1757- 1804) is one of the most important, yet least understood of the Founding Fathers. Orphaned as a young boy on the island of St. Croix, he later emigrated to the colonies and fought as a soldier in the American Revolution. He became a trusted aide-de-camp to General Washington, serving through most of the war and fighting at the final victory at Yorktown. Hamilton was an important contributor to the U.S. Constitution and the Federalist Papers, later becoming the first Secretary of the Treasury, where he transformed a bankrupt nation into an efficient government able to pay its debts, issue currency and regulate trade. His accomplishments stand among the most critical in the founding of our nation.

Gene is an historian and writer from the Main Line outside Philadelphia, and hosts Living History on WCHE 1520AM in West Chester.. An avid history buff, he started writing novels after 30 years in the energy and investment industry. He holds a Master’s Degree in Petroleum Geology the University of Texas at Austin.  He also holds an MBA Finance from San Diego State University, and is in the process of getting his Master’s Degree in American History from American Public University.  Gene is a certified Chartered Financial Analyst (CFA), and a Certified Financial Planner (CFP) Gene is a member of the Chester County Historical Society, Chadds Ford Historical Society, American Friends of Lafayette, Friends of Brandywine Battlefield and is an approved speaker for the Delaware Humanities Forum. He has published nine novels, conducts an ongoing lecture series on historical topics and is available for book signings. Gene and his wife Phyllis live in Kennett Square, Pennsylvania with their three cats Frankie, Francis and Momcat, parakeets Linus and Sally and occasional feline freeloaders Bear and Smoky.