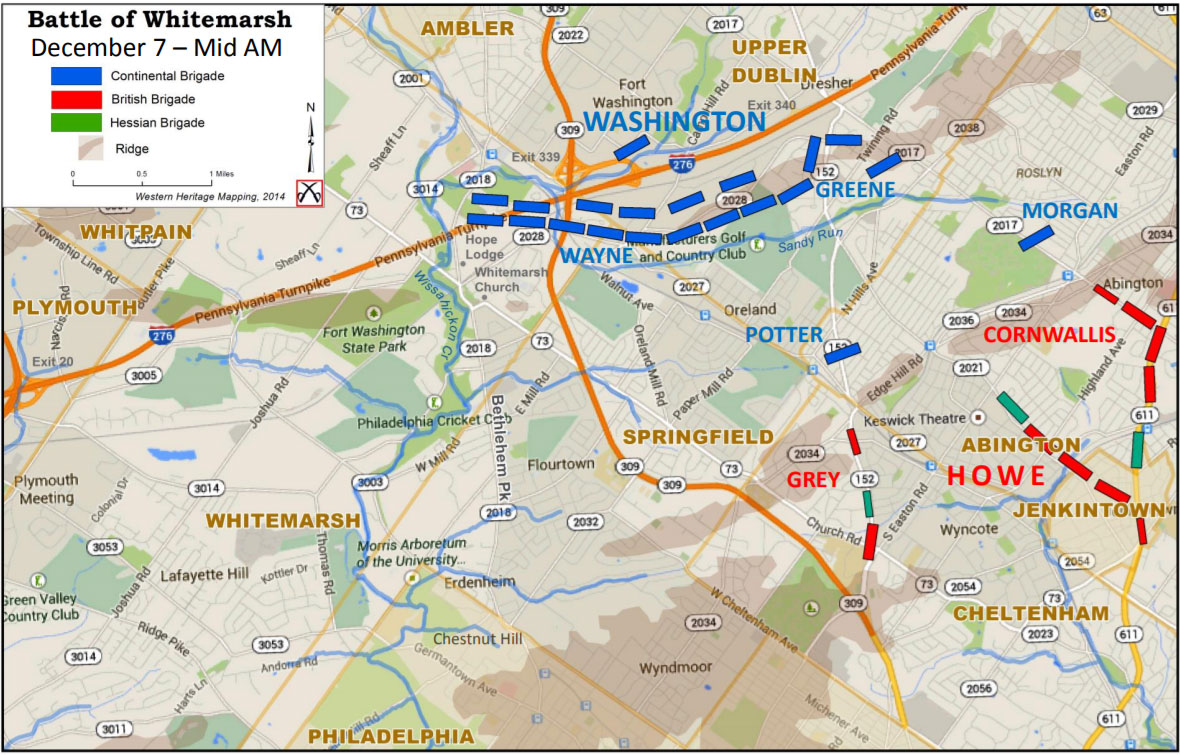 The Battle of Whitemarsh

Join us on Monday, March 8, 2021 as we welcome Bob Bradley to talk about the Battle of Whitemarsh.

When we hear of Valley Forge, we think of the suffering of the Continental Army and George Washington’s efforts to keep everything together. But what happened during the weeks before that fateful march into the winter camp in December of 1777?

Having lost two major battles at Brandywine and Germantown, the Continental Army was utterly exhausted and needed to rest.  George Washington and the army spent the rest of October 1777 attempting to resupply and make their way towards British occupied Philadelphia, all while figuring out their next move.  Find out what happened during the final chapter of the Philadelphia Campaign with the Continental Army’s encampment in the hills of the Whitemarsh area, and the British Army’s attack on the Continental position in early December.

Bob Bradley is a tour guide and volunteer with Historic Hope Lodge in Fort Washington, where he was awarded Volunteer of the Year for 2019.  He served of the Board of Directors with local historical societies and is a member of the American Revolution Round Table of Philadelphia. He continues to enjoy learning everything he can about the Revolutionary era.