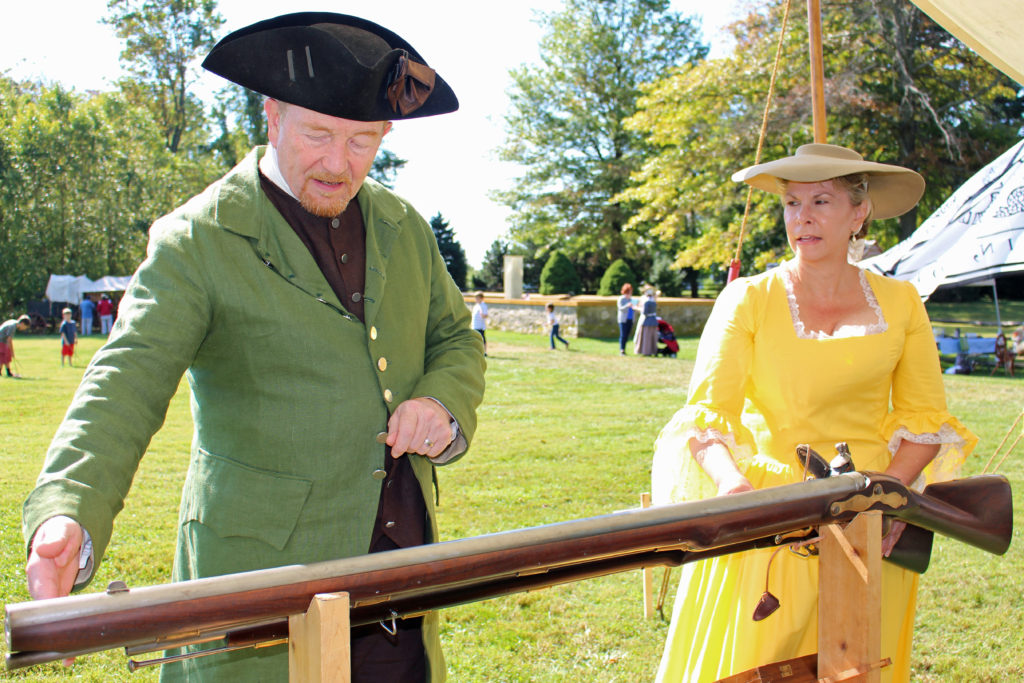 Learn how on a warm September 11th morning, exactly 239 years ago, a mixed American army of Continental Troops, State Troops, and local Militia met and fought a British/German army on the banks of the Brandywine river. Much has been written about that battle, but little has been said about how these 12,000 Americans came to be armed when the common people in their mother countries were forbidden arms. What arms did they carry? Where did they come from? Were those arms as good as the arms carried by the British and German’s? How about their side arms and accouterments? In fact, what rights or laws allowed these British Citizens to even possess, manufacture, and carry these weapons?

Join us on Monday, September 12th as Local Historian Chris Reardon explains the evolution of old style guns and muskets from the 1630,s to the 1830’s.  Chris will also have some of these weapons there as well so you can see them along with accouterments from the era.

Learn from local historian Chris Reardon as he presents an in-depth look at the evolution of hunting and military arms from the beginning of European settlement in the Delaware Valley, to the Valley’s impact on the arms used as the eastern settlements push westward.

See a collection of more than a dozen representative arms with hundreds of associated accouterments, and participate in discussions regarding the many myths, rights, and laws surrounding these arms  as we look at the evolution that helped win our freedom and carry us westward across the Mississippi.

Chris is a long time member of the East Goshen Historical Commission, an educator at the Colonial Pennsylvania Plantation and the Newlin Grist Mill, a Guide at Valley Forge, a previous member of the Paoli Battlefield Preservation Fund Board of Directors,  and has been a student of local and military history for over 40 years.