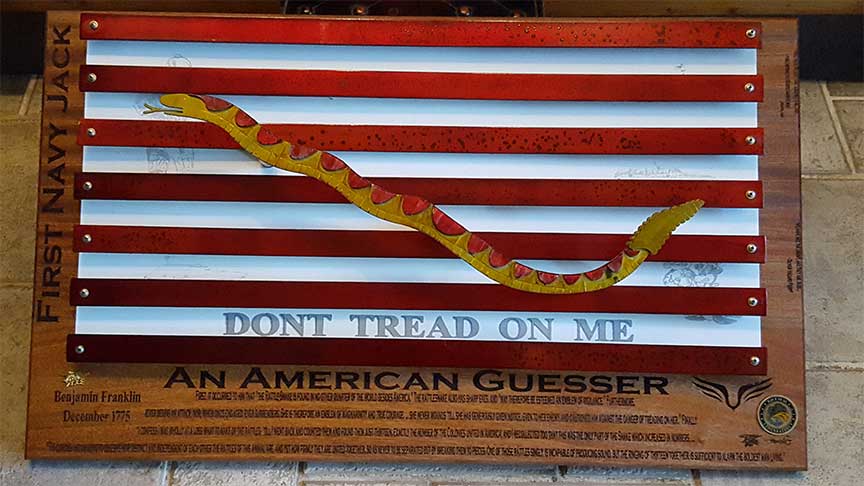 Join us on Monday, May 13, 2019 for a Revolutionary Lecture Series

While many Americans know of Benjamin Franklin’s remarkable accomplishments on behalf of the United States during his years as Minister to France during the Revolution, the story of his acting as unofficial leader of the Continental Navy in Europe is rarely told. It is a rollicking combination of adventure, intrigue, victory, tragedy, and some comedy for good measure. And its players include sea captains, kings, spies, wives and mistresses – all handled by Franklin with his usual wisdom, forbearance, vision, and wit.

Join us on Monday, May 13th, as we proudly welcome noted author Tim McGrath as he presents his talk on Benjamin Franklin’s Navy.

The colonies indeed needed help of every description–men, money, equipment, ships, and all things to fight a successful war. The long years of enmity between France and Britain opened the way for the leadership of Franklin. And he was not only the man to exploit it, but also the reason for the acceptance of thirteen states as a recognized nation in the world of nations.

During his long career of service, we shall never know how many men sought commissions in the Revolution. But this much we do know–that Franklin was never deceived, as he never held out any hope for a commission unless the applicant had the ability in his chosen field. One of the men aided very early was John Paul Jones; and as an Admiral in the little American Navy composed of two ships under his command, he took those two ships and sailed into English waters for a fight. In a terrific battle, two proud English ships surrendered; and they were brought into French waters as American prizes.

When the United States flag, the red, white, and blue, became the official flag of the country in June, 1777, the French Navy saluted it as the first of all nations.

Tim McGrath (BA History, Temple University ’74) is a business executive who lives outside of Philadelphia. He has served on the board of directors of Independence Seaport Museum, Fort Mifflin on the Delaware, New Courtland Elder Services, the Kearsley Retirement Community (founded by Benjamin Franklin’s physician), Philadelphia Senior Centers, and Christ Church Hospital. Tim is the author of John Barry: An American Hero in the Age of Sail and the author of Give Me a Fast Ship. Tim’s books have received the 2016 Samuel Eliot Morison Award for Naval Literature, the Commodore Barry Book Award for Maritime Literature, the Marion Brewington Award for Naval Literature (sponsored by the Maryland Historical Society), the Military Order of St. Louis, and the American Revolution Round Table of New York Book of the Year Award. But most importantly the 2010 ARRTOP book award.

His many interests, including tennis, horseback riding, and sailing, are limited only by creaking knees and a fickle rotator cuff.