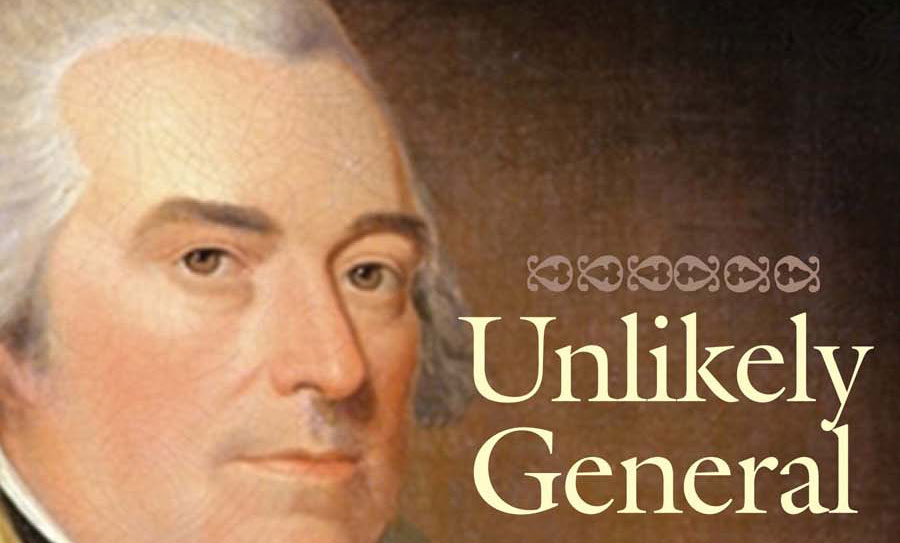 Join us on Monday, February 10, 2020 for a Revolutionary Lecture Series

In the spring of 1792, President George Washington chose “Mad” Anthony Wayne to defend America from a potentially devastating threat. Native forces had decimated the standing army and Washington needed a champion to open the country stretching from the Ohio River westward to the headwaters of the Mississippi for settlement.

Join us on February 10th, 2020 as we welcome Mary Stockwell to the General Warren to discuss her book “Unlikely General: “Mad” Anthony Wayne and the Battles for America”. 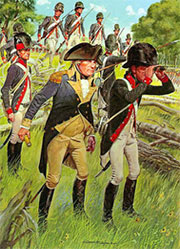 A spendthrift, womanizer, and heavy drinker who had just been ejected from Congress for voter fraud, Wayne was an unlikely savior. Yet this man raised a new army and, in 1794, scored a decisive victory at the Battle of Fallen Timbers, successfully preserving his country and President Washington’s legacy. Drawing from Wayne’s insightful and eloquently written letters, historian Mary Stockwell sheds light on this fascinating and underappreciated figure. Her compelling work pays long overdue tribute to a man—ravaged physically and emotionally by his years of military service—who fought to defend the nascent American experiment at a critical moment in history.
The Western Confederacy achieved major victories in 1790 and 1791 under the leadership of Blue Jacket of the Shawnees and Little Turtle of the Miami tribe; they were encouraged and supplied by the British, who had refused to evacuate British fortifications in the region despite having agreed to do so in the Treaty of Paris. 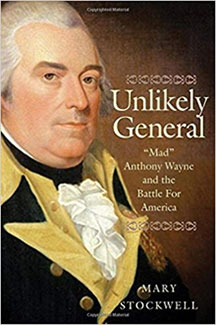 Washington placed Wayne in command of a newly formed military force called the “Legion of the United States”, and Wayne established a basic training facility at Legionville to prepare professional soldiers for his force. This was the first attempt to provide basic training for regular Army recruits, and Legionville was the first facility established expressly for this purpose. Wayne then dispatched a force to Ohio to establish Fort Recovery as a base of operations, at the exact location of St. Clair’s Defeat, and the fort became a magnet for military skirmishes in the summer of 1794. Wayne’s army continued north, building strategically defensive forts ahead of the main force. On August 20, 1794, he mounted an assault on the Indian confederacy at the Battle of Fallen Timbers in Maumee, Ohio.

Join us on February 10th, 2020 as we welcome Mary Stockwell to the General Warren to discuss her book “Unlikely General: “Mad” Anthony Wayne and the Battles for America”.

Mary Stockwell received her Ph.D. in American history from the University of Toledo. Following her graduation, she worked as a writer in business world before becoming a professor of history and department chair. Most recently she was an Earhart Foundation Fellow at the William L. Clements Library, University of Michigan. She is the author of history books used by young people throughout the United States, including The Ohio Adventure, A Journey through Maine, and Massachusetts, Our Home, the 2005 winner of the Golden Lamp Award from the Association of Educational Publishers for Best Book. Her biography of America’s 28th President — Woodrow Wilson, The Last Romantic — is part of the First Men: America’s Presidents Series. Her latest book — The Other Trail of Tears: The Removal of the Ohio Indians — tells the forgotten story of the removal of the Delaware, Seneca, Shawnee, Ottawa, and Wyandot to Kansas and Oklahoma during the 1820s, 1830s, and 1840s. Learn more at www.marystockwell.com.