The Provincial Corps Raised in Philadelphia 1777-1778

Join us on Monday, September 13th at 7pm as we welcome back to our speaker series noted author and researcher Todd Braisted who will be presenting The Provincial Corps Raised in Philadelphia 1777-1778.

When Sir William Howe launched his campaign to capture Philadelphia in August 1777, some 575 Loyalist troops were a part of his forces. By the time Philadelphia was evacuated nine months later, over 2100 marched out of the city. Who were these people? What regiments did the British raise in the city and from where did they draw recruits? The answer to that one may surprise some. Join us as we discuss the British efforts to raise troops in Philadelphia at a critical period of the American Revolution! 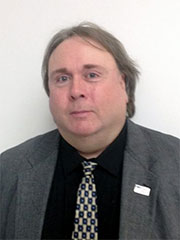 Todd Braisted is a life-long resident of Bergen County, New Jersey. An acknowledged expert in the field of Loyalist studies and local Revolutionary War History, he is a past president of both the Brigade of the American Revolution and the Bergen County Historical Society. He is likewise a Fellow in the Company of Military Historians and has served as chairman of their West Point Chapter.

Todd’s studies have taken him across the United States, Canada and the United Kingdom researching the American Revolution. Using mostly little known or obscure primary research, his work is known for bringing new information to light, and heavily relying on the people of their time telling their stories in their own words. This is heavily reflected in his works “Bergen County Voices from the American Revolution” (History Press, 2012) and “Grand Forage 1778” (Westholme Publishing, 2016.)

In addition to books and journal articles, Todd lectures frequently across North America and appears as a guest historian on such shows as “Who Do You Think You Are” and “History Detectives”.