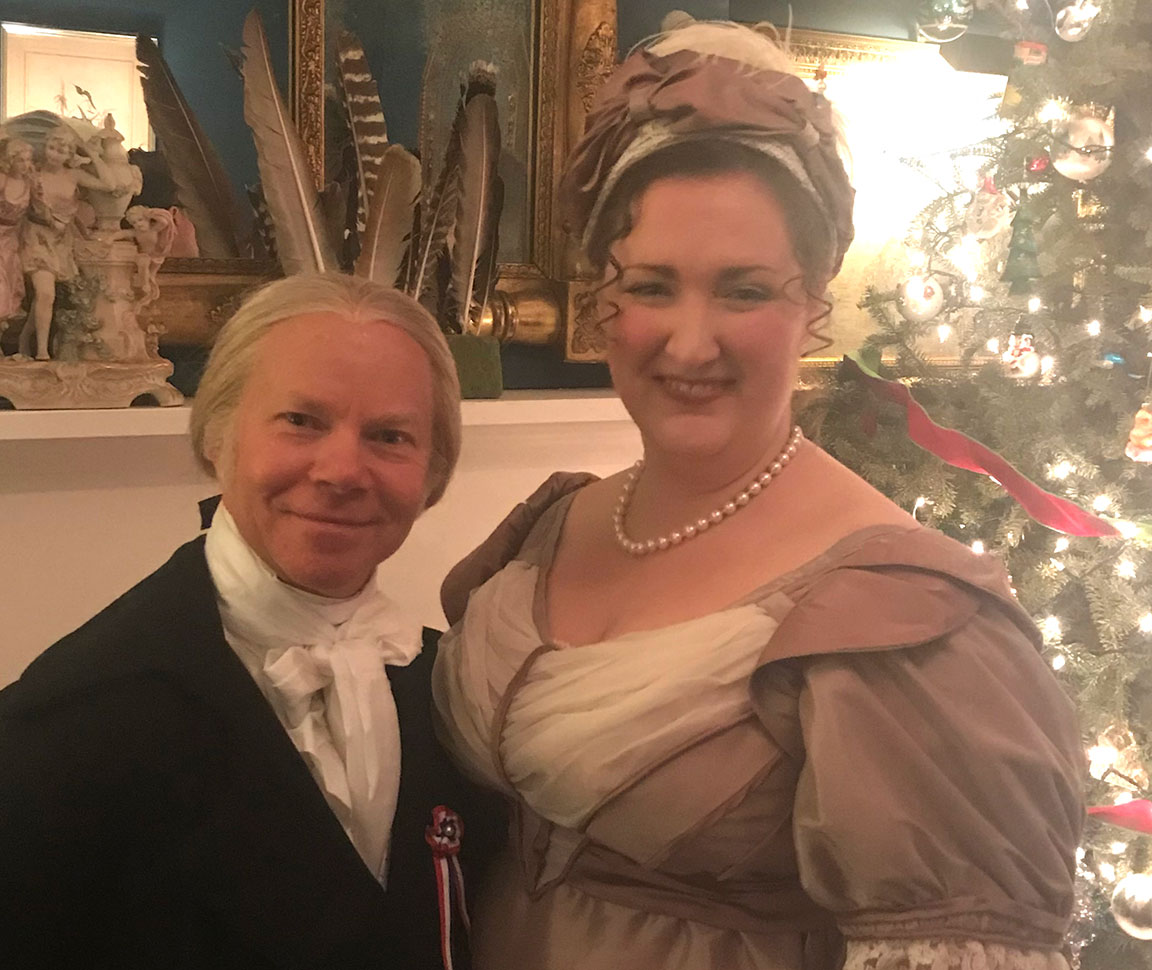 Join us on Monday, June 4th, 2018 for a Revolutionary Lecture Series

They were America’s first power couple in the White House. In contrast to Madison’s quiet and retiring personality, his wife Dolley was a social butterfly known for her exuberance, warmth and wit. When Madison began his first term as president in 1809, she embraced the role of first lady and helped define its duties by redecorating the White House and hosting the first ever Inaugural Ball. By serving as the “directress” of an orphanage for young girls, she also started the tradition of first ladies taking on a public outreach project. Dolley proved particularly effective in her job as the White House hostess. Her weekly receptions became a hot ticket among foreign dignitaries, intellectuals and politicians, leading writer Washington Irving to remark on the “blazing splendor of Mrs. Madison’s drawing room.”

Join us on Monday, June 4th, 2018 as we welcome President James Madison and First Lady Dolley Madison to our speaker series.  We start with attending one of Dolley’s famous White House “squeezes” that was such a hot ticket in Washington DC.  Mix with the President and First Lady and discuss the news of those days.  A seated dinner will then follow, after which Mr. and Mrs. Madison will discuss their courtship, White House years, the War of 1812, and other private moments.

Kyle is a native upstate New Yorker and has a bachelor’s degree in education. In 2003, he began his foray into historical interpretation quite by accident. By spectating at a battle reenactment of the 1777 Battle of Bennington, VT he was immediately hooked. His first personal experience was not a reenactment, however. It was a historical pageant also in Bennington which re-created the settling of Bennington in 1742. He expected to be a cast as a soldier as a “test run” for the hobby. Instead he ended up landing a principal speaking role and portrayed one of the historical figures in the show. James Madison was initially a reluctant choice because of Kyle’s trepidation in being able to capture this man’s monumental intellect. After several years of contemplating, a friend convinced him to jump in. After one full year of intense regular research, he debuted President Madison to a public audience on his father’s birthday Oct. 29th, 2015. 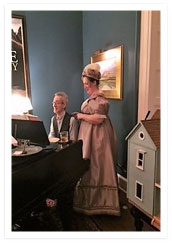 Kyle sensed Elissa had the “X” factor when they met in Boston. Elissa transitions seemlessly into the role of Dolley Madison and has theater and vocal performance credits under her belt. She portrayed Mother Abbess in the Sound of Music, Grace Farrell in Annie, is a classically trained soprano and has performed at Carnegie Hall with the All Eastern Choir