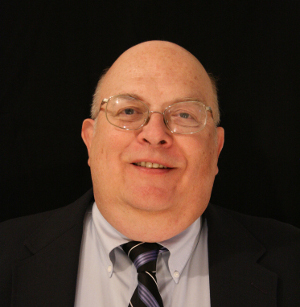 Join us on Monday, January 12th, 2015 as we welcome back John Nagy to talk about his book Invisible Ink Spycraft of the American Revolution. It was based on almost two decades of primary research. It discusses the craft used by spies such as codes, ciphers, invisible writing, dead drops, mail intercepts, deceptions, and hidden compartments during the American Revolution. Many of the methods are still being used today. It is used as the guide for RevQuest at Colonial Williamsburg.

During the American Revolution, espionage was critical to the successes and failures of both Continental and British efforts, and those employed in cloak and- dagger operations always risked death. While the most notorious episode of spying during the war—the Benedict Arnold affair—was a failure, most intelligence operations succeeded. Spycraft was no more wholly embraced than by the American commander-in-chief, George Washington. Washington relied on a vast spy network and personally designed sophisticated battle plan deceptions and counterintelligence efforts, some surprisingly modern in form. InInvisible Ink: Spycraft of the American Revolution, award-winning author John A. Nagy briefly traces the history of spy techniques from ancient China through Elizabethan England before embarking on the various techniques used by spies on both sides of the war to exchange secret information. These methods included dictionary codes, diplomatic ciphers, dead drops, hidden compartments (such as a hollowed-out bullet or a woman’s garter), and even musical notation, as well as efforts of counterintelligence, including “Black Chambers,” where postal correspondence was read by cryptologists. Throughout, the author provides examples of the various codes and ciphers employed, many of which have not been previously described. In addition, the author analyzes some of the key spy rings operating during the war, most notably the Culper ring that provided information to Washington from inside British controlled New York City. Based on nearly two decades of primary research, including the author’s discovery of previously unrecognized spies and methods, Invisible Ink is a major contribution to the history of conflict and technology.

John A. Nagy is a Scholar in Residence at Saint Francis University, Loretto, Pennsylvania, a consultant for Colonial Williamsburg and the William L. Clements Library of the University of Michigan on espionage, and an expert in antique documents. He is a founder and past President of the American Revolution Round Table of Philadelphia. He graduated from Saint Francis University, Loretto, Pennsylvania (BA) in 1968 and Stevens Institute of Technology, Hoboken, New Jersey (MMS) in 1979.

For more information on John A Nagy, please visit his webstite:  http://www.johnanagy.com/