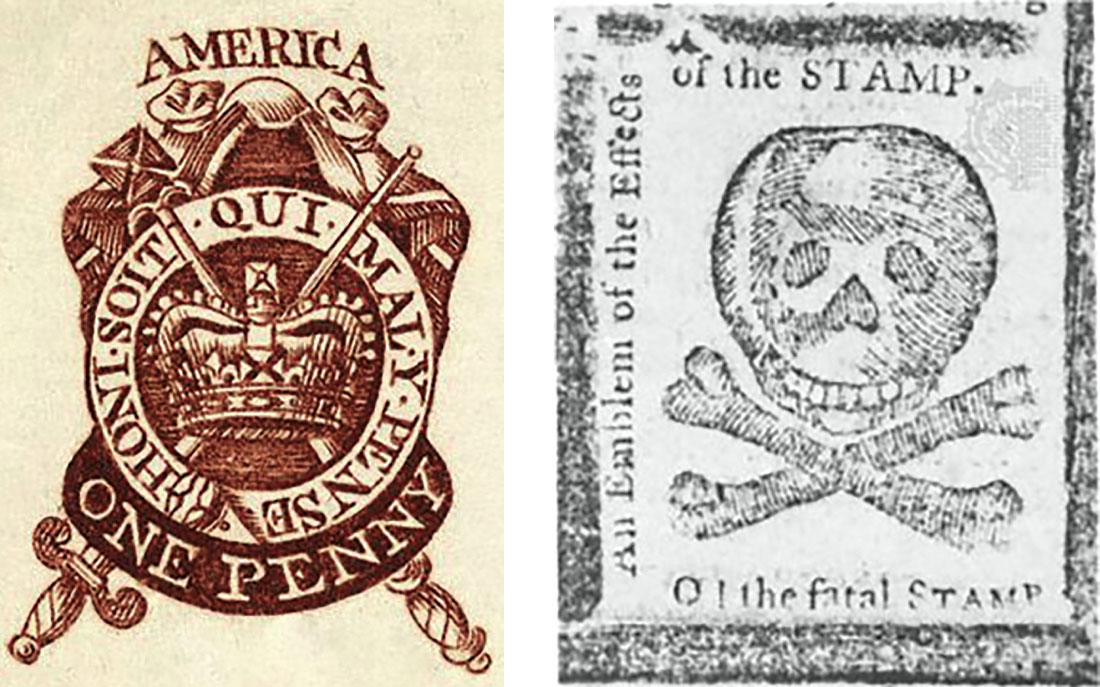 How Americans fought the Stamp Act with Memes

Join us on Monday, August 9th as we welcome historian J. L. Bell who will present a talk on How the Americans Fought the Stamp Act with Memes. This program will show how the Americans use Memes to fight what they considered the horrible Stamp Act passed by the British Parliament.

The word “meme” is a modern coinage expressing how ideas replicate, spread, and mutate like genes, and the conflict over the Stamp Act shows memes at work in the Revolutionary era. When news of the new tax arrived in North America in the spring of 1765, it produced an unprecedented wave of protests. Colonial politicians and printers promoted that opposition with slogans like “Sons of Liberty,” repurposed images like the “Join, Or Die” snake, and a radical new form of outdoor political protest that edged into riots. As those activities spread from colony to colony, they created the first continental resistance to imperial policy. How effective was the anti-Stamp campaign, what problems did it cause colonial leaders, and what new ideas did it establish for the next imperial dispute?

J. L. Bell is the author of The Road to Concord: How Four Stolen Cannon Ignited the American Revolution, and numerous articles, book chapters, and studies. He maintains the daily blog Boston 1775.