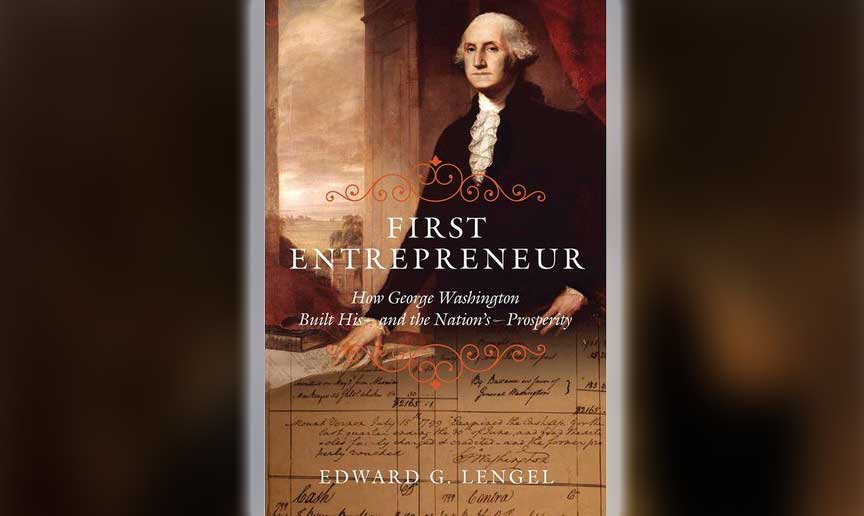 Join us on Monday, February 11, 2019 for a Revolutionary Lecture Series

The United States was conceived in business, founded on business, and operated as a business—all because of the entrepreneurial mind of the greatest American businessman of any generation: George Washington.

Using Washington’s extensive but often overlooked financial papers, Edward G. Lengel chronicles the fascinating and inspiring story of how this self-educated man built the Mount Vernon estate into a vast multilayered enterprise and prudently managed meager resources to win the war of independence. Later, as president, he helped establish the national economy on a solid footing and favorably positioned the nation for the Industrial Revolution. Washington’s steadfast commitment to the core economic principles of probity, transparency, careful management, and calculated boldness are timeless lessons that should inspire and instruct investors even today.

Join us on Monday, February 11th as we welcome Edward G Lengel as he talks about his book First Entrepreneur: How George Washington Built His – and the Nation’s – Prosperity.

Edward G. Lengel was the past editor in chief of the Papers of George Washington and a professor at the University of Virginia, and past Chief Historian for the White House Historical Association. He is the author of several books, including General George Washington and This Glorious Struggle. A lecturer on Washington and the Revolutionary War, Lengel is also a historical consultant, advising on such works as the History Channel’s own comprehensive documentary. He is a frequent radio and television guest—appearing on C-SPAN, CBS, and NPR, among others—and is a regular contributor to newspapers and magazines in the vein of military history and American heritage. He lives with his wife in Carlisle Pennsylvania