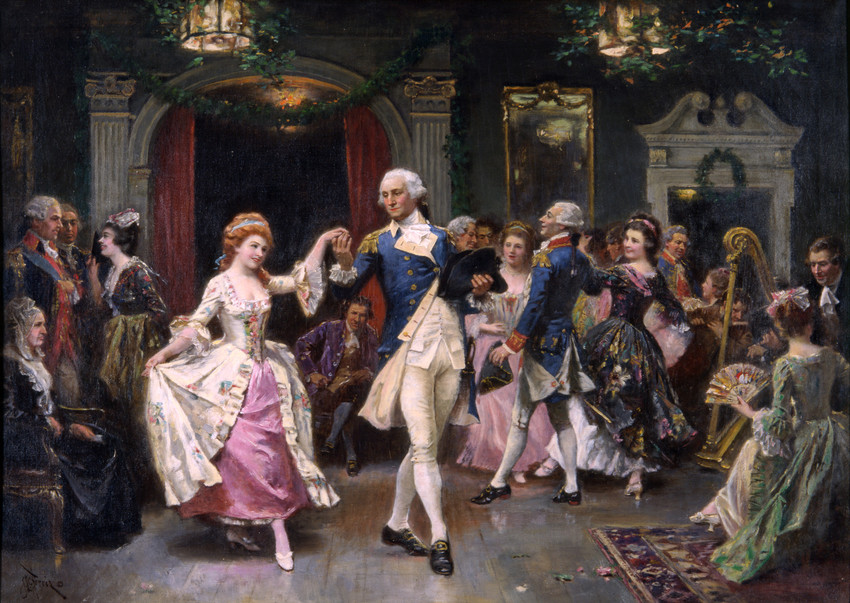 Want to learn the dance moves that our early ancestors did out on the dance floor at balls and other social gatherings?  Then join us on Tuesday, July 28th for “An Evening of Colonial Dancing”. Come get a sense of how men and women dressed and danced at the balls and parties during the colonial era.  Our friend Noah Lewis will guide you through the social protocol that one needed to have at these balls and how they danced out on the floor with their partners.  Learn some of their dance steps and the music they listened to as they danced the night away.  Noah will be leading the dancing and responding to your questions.  This special summer soiree is easy on the purse at $39 per person. The all inclusive admission price includes heavy hors d’oeuvres, all soft beverages and coffee, family style sweets during the question and answer session, all tax and gratuities, a lecture by a noted historian or author, and a donation to help support the Paoli Battlefield Historical Park. Alcoholic drinks are extra.

Our programs have proved to be very popular and we strongly recommend that you book your seat now.

Your admission also includes a raffle ticket for a chance to win a night’s stay at the General Warren Inne. There will be one winner drawn at each program.

After thinking over Mrs. Freeberry’s request, he informed her that he would be honored to present this subject. Would she mind if he came dressed out?  She gave me the nod, and he has returned many times since. In 2000 the suggestion was made that he should take this program to other schools.  He presented Ned Hector in 28 schools that year and 43 the following year.

Noah is blessed to have the opportunity to continue with this tribute, and to aid in helping others to appreciate the contribution that African American people made to the freedom of all Americans. There is a part of him that hopes the souls of these amazing contributors to our freedom will rest more peaceful by giving them the honor they were denied for so many years.

Edward “Ned” Hector (born about 1744) was an African American soldier who fought in the American Revolutionary War. Hector was one of three to five thousand people of color that fought for the cause of American independence. He served as a teamster (a wagon driver) and a bombardier (part of an artillery crew) with the state militia called Proctor’s Third Pennsylvania Artillery,which by the end of 1777 became the Fourth Continental Artillery. The known battles he participated in are the Battle of Brandywine (September 11, 1777) and Germantown (October 4, 1777). In the Battle of Brandywine he disregarded his orders to abandon everything and retreat. He is remembered for replying to the orders, “The enemy shall not have my team; I will save my horses and myself!”

Edward Hector was a free man, since a substitute slave was considered property and what they owned belonged to their master. The records indicates Edward Hector served in the military from February 1777, according to the muster roll, to at least December of 1780. Although The Pennsylvania House of Representative’s report 218 mentions that Hector’s pension application, “does not say what length of time, nor in what capacity, he served” Hector’s activities as a teamster in the military was documented as the following; On November 30, 1778, “Negro Hector” is expressing or delivering something to “Fredrickbaugh.” There was in addition, a reference to a “Negro Nedd” working with a Matthew Brook on April 20, 1780. On May 22, 1780, “Ned Hector” was transporting pig metal for the artillery military stores for Colonel Potts, on December 5, 1780 “Negro Ned” delivered 1 ton of Andover pig metal for George Brook, and again on December 14, 1780 “Negro Ned” was transporting forty-two ten inch shells from Rutters and Potts Furnace for Colonel Potts with M. Brooks. Edward Hector applied for his pension in 1827. When report number 218 is given by the Committee on Claims to the Pennsylvania House of Representatives, his application was rejected. He reapplied in 1829, and 1833.  Finally, in 1833 the Pennsylvania Congress voted to give Hector the one time “gratuity” of forty dollars.

After the war he showed up on the 1800 census in Plymouth Township, Montgomery County, PA.  This area became the Borough of Conshohocken in 1850. According to the 1800 Federal Census, he is one of the first African American to settle in this area.  As an active part of his community, he paid taxes from 1811 to 1825 for dogs and a cow. He died on Jan.5, 1834, at the age of 90. His wife, during the process of the interment of her husband, also died. Edward Hector struggled with the social problems of his times. There is a court file recording Edward Hector being robbed of a “scythe and hangings” by James Brown in 1808. Edward Hector was one of the earliest African American to live as a free black person in Plymouth Township, Pennsylvania (later to become Conshohocken) and was one of the earliest people to move into this area. Hector is remembered in 1850, sixteen years after his death, by the people of the newly formed Conshohocken area. Thirty-two citizens petition the borough council to develop and grade a road passable to wagons and name it Hector Street, to honor this man of African ancestry. In 1976, a historical plaque is erected at the intersection of Hector and Fayette Street honoring Ned and the many Africans that served during the American Revolution.