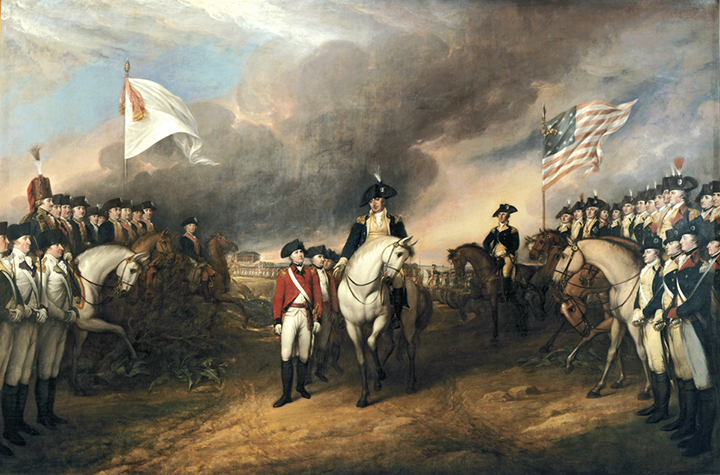 Brothers at Arms: American Independence and the Men of France and Spain Who Saved It

Join us on Monday, May 14th, 2018 for a Revolutionary Lecture Series

The success of the War of American Independence depended on substantial military assistance provided by France and Spain, which saw their strategic interests align with those of America in the fight against England.

Join us on Monday, May 14, 2018 as we welcome Larrie D. Ferreiro who will talk about his new book Brothers at Arms: American Independence and the Men of France and Spain Who Saved It. 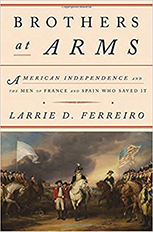 At the time the first shots were fired at Lexington and Concord, the American colonists had almost no chance of militarily defeating the British. The United States had no navy, little in the way of artillery, and a militia bereft even of gunpowder. Without the extensive military and financial support of the French and Spanish, the American cause would never have succeeded. France and Spain provided close to the equivalent of $30 billion and 90 percent of all guns used by the Americans, and they sent soldiers and sailors by the thousands to fight and die alongside the Americans, as well as around the world. Instead of viewing the American Revolution in isolation, the real story is that the American nation was born as the centerpiece of an international coalition fighting against a common enemy.

Ferreiro adds to the historical records the names of French and Spanish diplomats, merchants, soldiers, and sailors whose contribution is at last given recognition. Instead of viewing the American Revolution in isolation, Brothers at Arms reveals the birth of the American nation as the centerpiece of an international coalition fighting against a common enemy. The remarkable untold story of how the American Revolution’s success depended on substantial military assistance provided by France and Spain, and places the Revolution in the context of the global strategic interests of those nations in their fight against England.

Larrie D. Ferreiro received his PhD in the History of Science and Technology from Imperial College London. He teaches history and engineering at George Mason University in Virginia and the Stevens Institute of Technology in New Jersey. He has served for over thirty-five years in the US Navy, US Coast Guard and Department of Defense, and was an exchange engineer in the French Navy. He is the author of Measure of the Earth: The Enlightenment Expedition That Reshaped Our World and Ships and Science: The Birth of Naval Architecture in the Scientific Revolution, 1600-1800. He lives with his wife and their sons in Virginia.