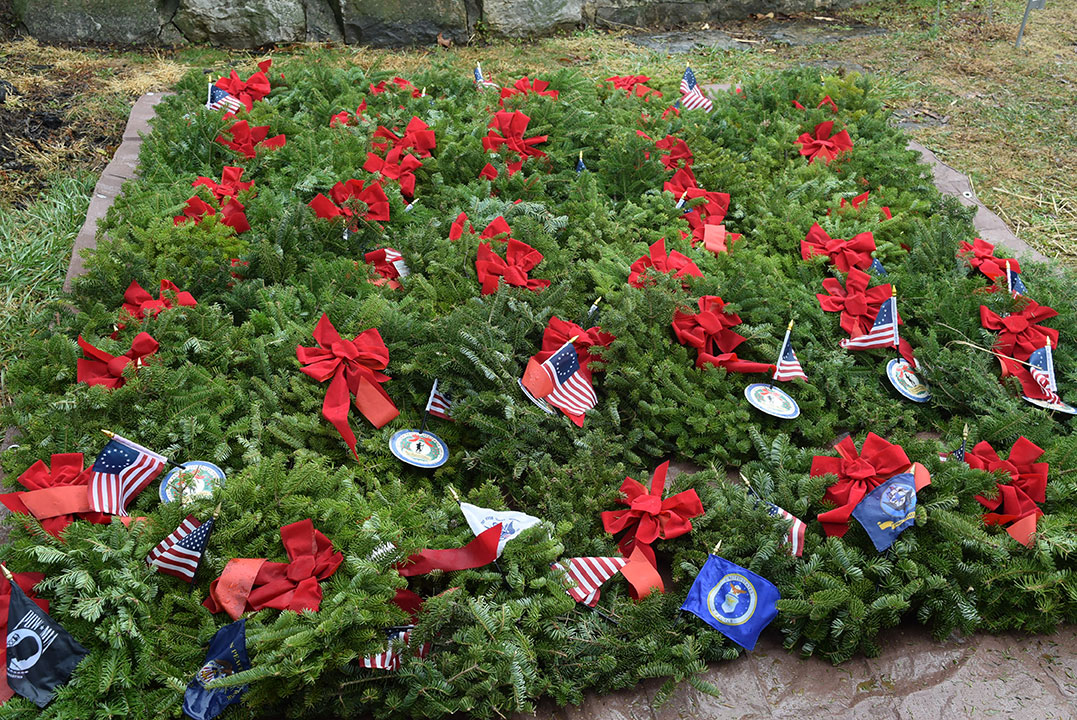 2019 Wreaths Across America at the Paoli Battlefield

We would also like to thank Les Chanteurs Historique (Antoine Watts & Abigail Shelley) for singing our national anthem and “Chester”, by William Billings; Jerry Flynn from the Chester County Emerald Band for performing “Amazing Grace”; and Tom Herman for performing TAPS.

We hope you will be able to join us next year for our Wreaths Across America event, which will be held on Saturday, December 19, 2020.