DUE TO COVID-19, OUR LECTURE SERIES WILL BE ONLINE FOR THE FIRST HALF OF THE 2022 SEASON.

Our 10th season!  Join us on the Second Monday of each month from 7PM to 8 PM for
A Revolutionary Lecture Series.

DONATIONS ARE APPRECIATED FOR THESE EVENTS. 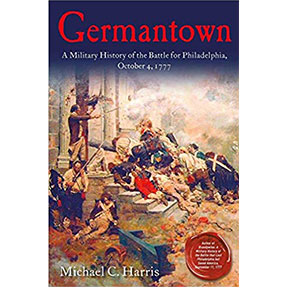 Tuesday, September 20, 2022
Germantown: A Military History of the Battle for the Control of Philadelphia
presented by Michael Harris

Join us as we welcome back award winning author Michael Harris who will be presenting his new book Germantown: A Military History of the Battle for the Control of Philadelphia, October 4, 1777.  For more information Click Here.

We started off with only 5 lectures in our series in 2010, and we have grown over the years to now feature 9 monthly lectures.  Our speaker series if very informative and we have made a lot of friends over the years.  We appreciate your support and we continue to provide one of the best speaker series in the area.  The friendly atmosphere and food second to none, make the historic General Warren Inne in Malvern PA the place to be to learn all there is about the Revolutionary War era.

Thank you for your interest and support. We are looking forward to seeing you and know that you will enjoy another season of top notch lectures while dining on specially recreated 18th Century fare by a Zagat top-rated restaurant. Your support will help preserve our heritage for future generations. 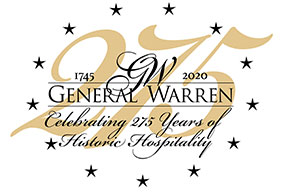 Our lectures have proved to be very popular and we strongly recommend that you book your seat now for future events by clicking the button below: 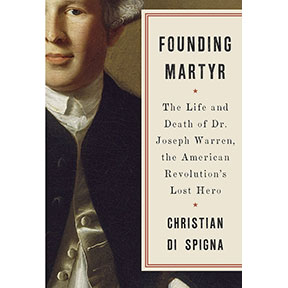 Monday, September 14, 2020
Founding Martyr: The Life and Death of Dr. Joseph Warren
Presentation by Christian DiSpigna
Had he not died at Bunker Hill, Dr. Joseph Warren might have led the country as Washington or Jefferson did. Yet after his death, his life and legend faded, leaving his contemporaries to rise to fame in his place and obscuring his essential role in bringing America to independence. Until now, little has been known of this architect of the colonial rebellion, whose protests and writings helped unite the colonies against Britain and inspired the Declaration of Independence. For more information Click Here. 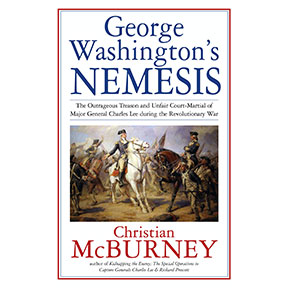 Monday, November 9, 2020
Germantown:  A Military History of the Battle for the Control of Philadelphia
Presentation by Michael Harris

Today, Germantown is a busy neighborhood in Philadelphia. On October 4, 1777, it was a small village on the outskirts of the colonial capital whose surrounding fields and streets witnessed one of the largest battles of the American Revolution. The bloody battle represented George Washington’s attempt to recapture Philadelphia, but has long been overshadowed by better-known events like Brandywine, Saratoga, and Valley Forge. Award-winning author Michael C. Harris’s impressive Germantown: A Military History of the Battle for the Control of Philadelphia, October 4, 1777, elevates this important action from obscurity in the first full-length study of this pivotal engagement.  For more information Click Here. 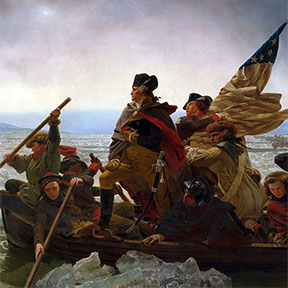 This lecture discusses the military movements of the Continental Army led by General George Washington in Pennsylvania during the winter of the 1776 and the Christmas night crossing of the Delaware and the attack on Trenton. Mr. Jesberger will also discuss how Christmas was celebrated in the colonial period and the many differences in relation to how the holiday is celebrated today.
For more information Click Here. 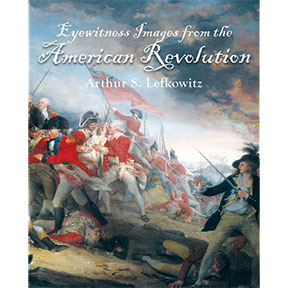 Most images depicting the American Revolution are historically inaccurate nineteenth- and twentieth-century recreations. Historian Arthur S. Lefkowitz is working to change this. Mr. Lefkowitz gathered images from artists who were eyewitnesses to the events of our War for Independence. 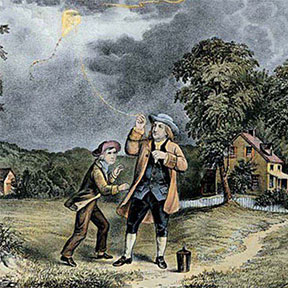 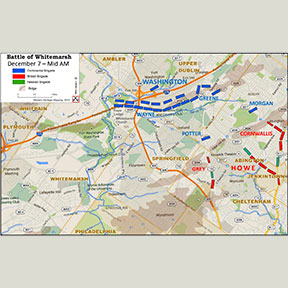 Monday, March 8, 2021
The Battle of Whitemarsh
Presentation by Bob Bradley

When we hear of Valley Forge, we think of the suffering of the Continental Army and George Washington’s efforts to keep everything together.  But what happened during the weeks before that fateful march into the winter camp in December of 1777?

Join us to learn more about the Battle of Whitemarsh. For more information Click Here. 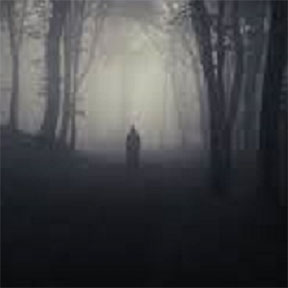 Monday, April 12, 2021
2020 Results of the Paranormal Tour of the Paoli Battlefield
presented by Laurie Hull and Kelly Schmitt

We welcome back our paranormal expert, Laurie Hull, and Malvern Paranormal’s Kelly Schmitt. Laurie and Kelly will reveal the results from our paranormal tours of the Paoli Battlefield which took place in October of 2020. 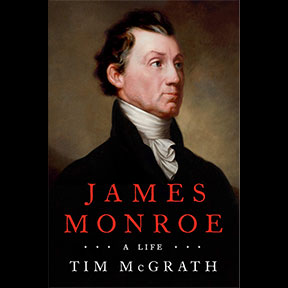 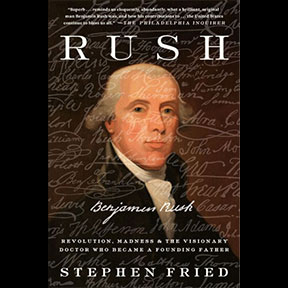 The remarkable story of Benjamin Rush, medical pioneer and one of our nation’s most provocative and unsung Founding Fathers. 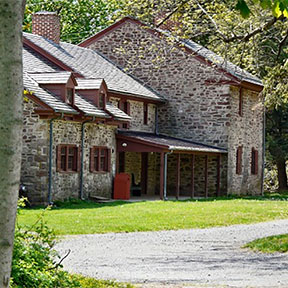 Monday, July 12, 2021
Washington’s Headquarters along the Neshaminy: The August Encampment of 1777
presented by Mike Jesberger

This program will talk about how this piece of Pennsylvania Revolutionary War history lasted for 13 days, from August 10-23, 1777, and was the third longest encampment in Pennsylvania, exceeded only by Whitemarsh and Valley Forge. It is of importance also as this was the location where Washington and his troops camped while they waited for news of the elusive British Fleet who was rumored to be heading towards the capital of Philadelphia. For more information Click Here. 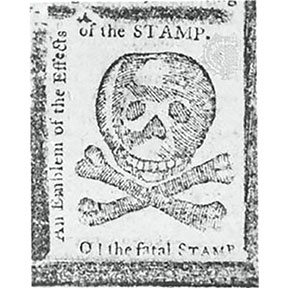 A talk on How the Americans Fought the Stamp Act with Memes. This program will show how the Americans use Memes to fight what they considered the horrible Stamp Act passed by the British Parliament. For more information Click Here. 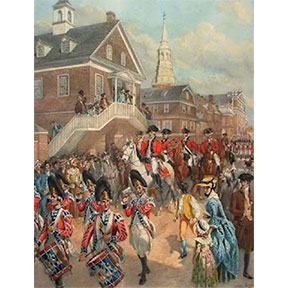 When Sir William Howe launched his campaign to capture Philadelphia in August 1777, some 575 Loyalist troops were a part of his forces.By the time Philadelphia was evacuated nine months later, over 2100 marched out of the city. Who were these people? For more information Click Here. 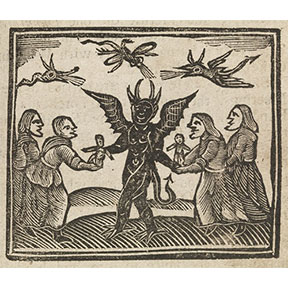 Monday, October 11, 2021
Spells and Witchcraft during the American War of Independence
presented by Dr. Bob Selig

Dogs that would not bark, women who turned into animals at night: the belief in the existence of witches and witchcraft was widespread during the second half of the 18th century. Sometimes these powers were employed in the cause of American Independence, sometimes against it. For more information Click Here. 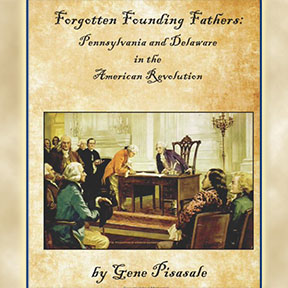 The struggle for liberty and creation of our system of government depended not only on George Washington, Thomas Jefferson, and Benjamin Franklin, but also many people who played a vital role but who are not well known today. Learn more about about the people who were a critical part in the cause. For more information Click Here. 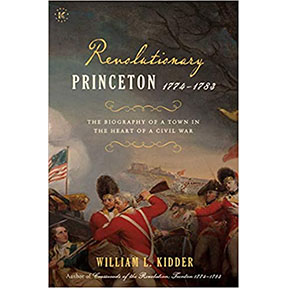 Monday, December 13, 2021
Revolutionary Princeton 1774-1783: The Biography of an American Town in the Heart of a Civil War
presented by Larry Kidder

The story of Princeton between 1774 and 1783 is a microcosm of the struggles faced by ordinary Americans during the Revolution, struggles intensified by Princeton’s geographic location within the State which saw more military activity than most and on a road constantly used to move troops and their supplies. Learn more about about the people who were a critical part in the cause. For more information Click Here. 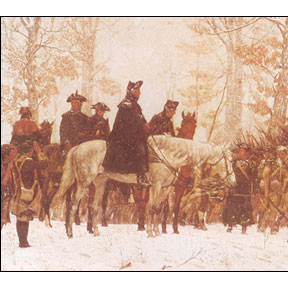 For 245 years, the numerical strength of George Washington’s newly created 1777 Continental army as it entered the Philadelphia Campaign–marked by the iconic battles of Brandywine, Paoli, and Germantown–has been purely a guessing game for historians since no troop-strength returns have been known to exist between May and November of that tumultuous year. For more information Click Here. 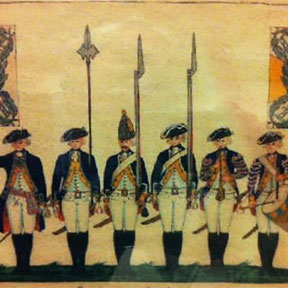 The program focuses on how the Continental Army dealt with enemy prisoners captured in battle and uses eyewitness accounts to highlight some of the experiences of German as well as British prisoners of war during the American Revolution in the Pennsylvania region. For more information Click Here. 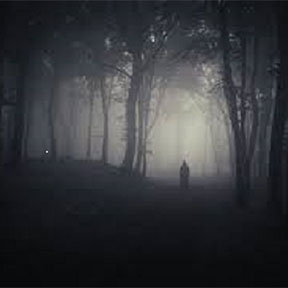 Monday, March 14, 2022
Results of the 2021 Paranormal Tours of the Paoli Battlefield
presented by Laurie Hull and Hugo Schmitt

Do you think the battlefield is haunted? Come out for our lecture and presentation and see for yourself that some things that happen there defy easy explanation. Laurie and Hugo will reveal the results from our paranormal tour of the Paoli Battlefield. For more information Click Here. 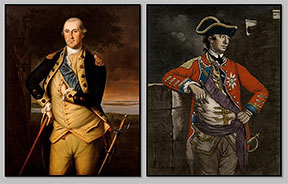 Monday, April 11, 2022
The Week Before Paoli: A New Interpretation of George Washington’s and William Howe’s Decisions Before, During, and After the Battle of the Clouds
presented by Gary Ecelbarger

This self-explanatory topic focuses on the September 12-18 portion of the 1777 Philadelphia Campaign. Ecelbarger’s version of this period challenges much of the traditional interpretation of these eight calendar days. For more information Click Here. 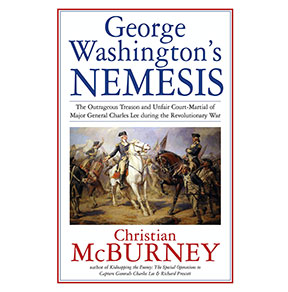 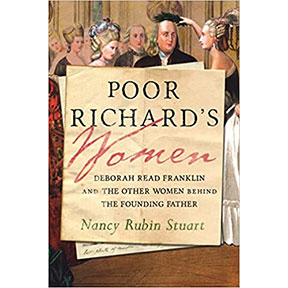 A vivid portrait of the women who loved, nurtured, and defended America’s famous scientist and founding father. Everyone knows Benjamin Franklin—the thrifty inventor-statesman of the Revolutionary era—but not about his love life. Poor Richard’s Women reveals the long-neglected voices of the women Ben loved and lost during his lifelong struggle between passion and prudence. For more information Click Here. 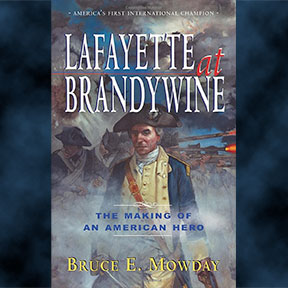 Tuesday, July 19, 2022
Lafayette at Brandywine: The Making of an American Hero
presented by Bruce E. Mowday

America’s first international hero, the Marquis Lafayette, risked his life and spent his fortune in the fight for American independence from England. Without Lafayette and the assistance of France, America would never have been victorious during the American Revolution. For more information Click Here.